Professor Lin Hua’s first translation was of 7 poems by Hans Christian Andersen in 1981. Then followed Selected stories and fairy tales, comprising 21 stories and fairy tales. The translation was published in October 1992, and ­already in 1993 a second edition was published. Lin Hua’s crowning achieve­ment was the publication in October 1995 of the Complete Fairy tales and Stories, comprising 157 fairy tales and stories. We must also draw attention to the fact that in this great labour, professor Lin Hua was supported by his wife, Yuan Qingxia, who did the huge manual labour of writing the fair copy, comprising no less than 1,3 million characters. 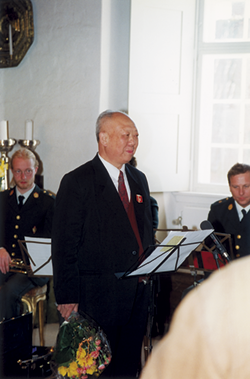