This recognition has been a great encouragement to us in spreading knowledge of Hans Christian Andersen and his stories throughout the New York metropolitan area.

On Saturdays between June 1st and September 30th for the past 54 years, New York City’s children have clustered around Hans Christian Andersen’s statue in Central Park to hear his tales told by a dedicated group of storytellers.

Many well-known performers including Victor Borge, Eva LaGallienne, and Fanny Hurst, have visited the story­telling center and told their favorite stories. Adults as well as children are enchanted by this living memorial to one of the world’s greatest storytellers. During the winter months stories are told at Scandinavia House.

The Storytelling Center has become a symbol of the good relations between the United States and Denmark. 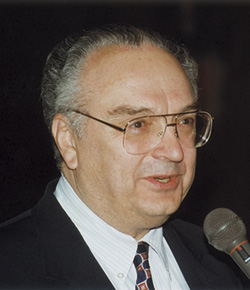 New York Storytelling Center for having arranged readings of Hans Christian Andersen’s works at his monument in Central Park, New York, for 41 years