Victory Gardens Theater was honored to receive The Hans Christian Andersen Award for our production of The Snow Queen in 2010. We were especially flattered when we learned that our award was only the second award ever given in the United States. The fact that Danish scholars and passionate advocates of Andersen’s work felt that Michael Smith’s musical adaptation had captured the essential spirit of The Snow Queen filled all of the artists at ­Victory Gardens with great pride. The Award is further confirmation that Michael’s wonderful songs and our production should be performed for many years and in many venues. Victory Gardens and the artists of The Snow Queen have become advocates for Andersen’s work and will try to be ambassadors for the Award Committee here in the States. 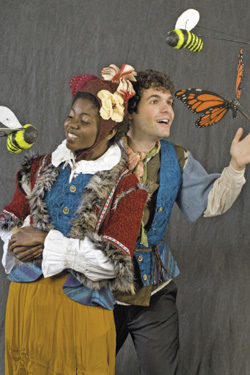 Victory Gardens Theater, USA for the inventive and musical adaptation of the Hans Christian Andersen fairy tale The Snow Queen