In 2005 A. Film received the Hans Christian Andersen Award for the TV series The Fairy Taler, with the Danish title Der var engang. Of course, it was wonderful that such a recognition was accorded to the project by the committee, and that it thought that we had done a fine piece of work, both as ­regards communicating, interpreting and promoting the works of Hans Christian Andersen. It was like another feather in our cap that the award presentation coincided with the Hans Christian Andersen bicentenary celebrations and all the fuss they entailed. If that feather has grown into five hens is a matter of conjecture.

As the director of the movie, it fell to my lot to accept the award at the ceremony in Odense. In many ways, that day became unforgettable. It was the culmination of more than five years of work, the result of which was a total of 29 animation movies based on Hans Christian Andersen fairy tales with a length of 13 hours, all taken together. The whole series has been broadcast on TV, and the DVD release has been sold virtually all over the world. Considering that the poet himself thought that „to travel is to live“, you could say that these words apply to the series, too, as it has shown itself, both to have travelled widely and to be full of life. 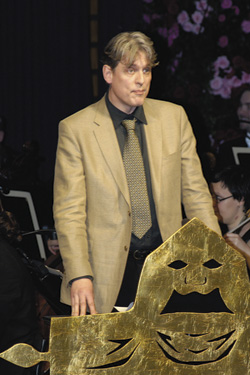 A. Film for their animated children’s movies, offering quite novel interpretations of Andersen fairy tales